Wise words to live by... I feel as though "success

As the last layers of Spring begin to merge with t

Even the most horrible of nightmares is laced with 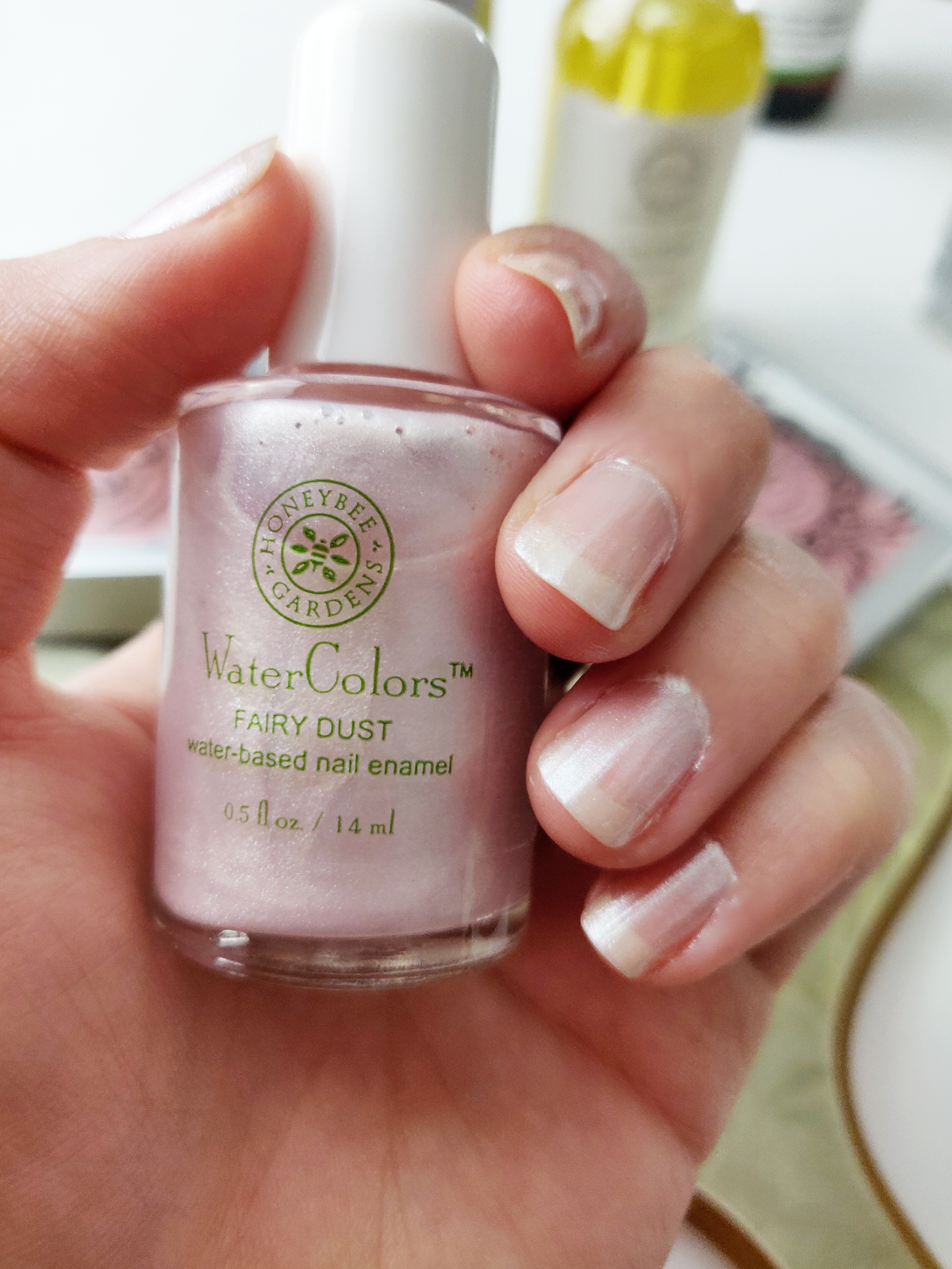 *This post contains both affiliate & non-affiliated links; I may receive a small commission at no extra cost to you if you use the links I provide. Read my full disclosure here💞✨*

Hello, loves! Today I’m so happy to share my experience with Honeybee Gardens line of natural, vegan, nontoxic nail polish called Watercolors Nail Enamel! It’s literally the most NATURAL nail polish I have ever come across that actually performs like conventional nail polish! ***I’ll be adding to this post as I try more colors to show each shade in action!*** I remember trying this polish waaaaay back in the day when they first came out with it and I wasn’t impressed at all. Luckily, that was at least 12 years ago and they’ve since reformulated over time and have produced the closest thing to perfection 👌 that I think we’re going to get when it comes to any form of nontoxic nail art.

So, HBG was kind enough to gift me their new Endure Primer/Sealer, which is stated to substantially extend wear time. I purchased the nail polish shade Fairy Dust, which is a gorgeous, sheer, frosty light pink that is so very aptly named. It’s sheer with one coat (as shown here) with an ethereal, frosted, silvery iridescent sheen that whimsically dances with the light. This shade reminds me why people take the time to paint their nails: it’s FUN & BEAUTIFUL! Every time I catch a glimpse of my nails (which is so often throughout the day), I have to smile 😊. That’s what sell-care is about! Doing small things for yourself to bring joy, lightness, peace, and inspiration into your life. Maybe I’ll get crazy and try two coats next time! I can’t wait to try other colors, as well!

The true show-stopper here is their newest product launch in the nail polish line, their Endure Primer/Sealer, which when applied as a primer and top coat, it really, really increases the longevity of your polish (and it can be used with other polishes other than the watercolors line!).

***Note: This post contains affiliate links. I may receive a small commission at no extra cost to you if you use the links included in this post, which helps with the costs of maintaining this blog. I am only an affiliate for brands that have absolutely won my heart! I strive to support small, indie brands that have integrity as well as amazing products that truly stand out against the rest. Using my links helps to support me if you like the content I share with you. My goal here is to share green products that I truly use and love. I’m not here to convince you to buy anything you aren’t already interested in purchasing. Thank you so very much for your love and support!***

So, my goal is to try to keep my newer posts short & sweet (I can be super wordy 😅). Let’s get right to it, shall we?

To start, I’d like to highlight the fact that these Watercolors have ZERO odor! I mean absolutely NO smell that lingers or makes you want to run for the hills or put your toddler in a protective air bubble 😂. They apply just like regular polish and dry super quickly. (not too quickly!) You’ll definitely have time to apply evenly and clean up any mistakes that may have happened along the way (I should know, I’m the world’s least coordinated person 🤣).

The Endure Primer/Sealer has the faintest odor if you hold your nose to the bottle and have a super sensitive sniffer, like me, but this mild scent fades instantly upon application and does not waft into the air leaving behind any traces. Prior to testing out this duo, I haven’t painted my nails since before my son was born and he just turned 2.5! I just didn’t want to deal with the smell and the damage conventional nail polish does to our nail health. Although, I will say, ANY polish that is putting a barrier on your nail is going to prevent your nails from breathing, so I still recommend giving your nails a break from time to time in between manicures.

After four days, the slightest bit of wear and tear can be seen along the edges of my nails from scrubbing hardwood floors every day on my hands and knees like Cinderella and doing dishes four times a day, etc. Colors like Fairy Dust are my personal favorites because they’re sheer enough to not show initial chipping or fading around the edges.

What I particularly love is how this polish wears off in a very natural way! There were no big chunks of polish missing, anywhere… Rather, it gradually started to wear away as my nails grew out and the biggest noticeable difference is the fading through the edges of my nails. If this was a deeper color, it would be much more obvious, but with a shade like this, I literally wore this shade for two weeks straight and felt comfortable with the way it looked!

I’m super impressed with how far the Watercolors Nail Polish line has come from Honeybee Gardens! It really rivals the 10 Free shades I’ve tried from 100 Percent Pure as well as the 7 Free shades I’ve used from Pacifica. I’ve also never had a conventional nail polish, such as Essie, last for longer than a week or five days without chipping.

Destiny: is a cool-toned rose-gold nude with a gorgeous silvery, pearlescent finish! The wear time was the same as Fairy Dust noted above and the polish gradually wears off at the tips of the nails, rather than in chunks, so wears pretty gracefully and stands the test of time. If you’re a perfectionist, you can definitely get a solid week of wear-time, and if you don’t necessarily mind if your nails aren’t perfect, you can push it to two weeks before it’s really time to remove and switch things up with a new color or coat of the same shade! I honestly don’t think you can beat this performance with a nail polish as clean as Watercolors Nail Enamel from HBG!

What makes this polish different? *taken from the HBG Website Description*

“You already know it’s water-based, it’s free from harsh chemical odors and has no formaldehyde, toluene, dibutyl phthalates or FD& C colors. But let’s take that a step further. Without getting too technical, let’s explore the fundamental differences between solvent-based and water-based systems. Solvent- based polishes are simple solutions of nitrocellulose resins in strong solvents. Nitrocellulose is used because it forms a very hard film easily as the solvents evaporate from the base. These harsh, bad-smelling solvents, are then also used to remove the polish by dissolving the film. By contrast, water-based polish uses an emulsion resin in the form of billions of very small particles suspended in water. As the water evaporates, the particles touch each other and form a hard film which is no longer soluble in water. At first, it may seem that these systems are similar, the only difference being the carrier base. But they are in fact as different as night and day. One cures by reversible solvent evaporation, the other by creating a tightly knit film. One is easily dissolved, the other not so easily. Several states are beginning to regulate VOCs (volatile organic compounds) emitted by nail polishes and nail polish removers. WaterColors Nail Enamel has very low VOCs.”

I hope you’ve found this post to be helpful and are inspired to take a few moments out of your day for some form of self-care! 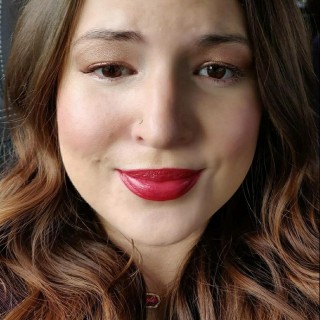 Welcome!
Complete Natural Clarity is a blog that I’m hoping will serve as an in depth virtual apothecary of sorts, covering all major areas of Holistic Wellness to empower you to not only live a greener lifestyle, but to also find your sense of inner JOY so that you can live a truly healthy AND happy life: flourishing in infinite possibilities!